In terms of the number and growth of users, Reddit overtakes Twitter, but receives ten times less revenue from the audience. The Generalist offers several ideas on how to fix this: for example, revisit the design, algorithms, and support active authors.

In 2005, American students Steve Huffman and Alexis Ohanian attended a lecture by computer programmer and entrepreneur Paul Graham. At the end of the meeting, Ohanian invited Graham to continue the conversation at the bar: he agreed and, after a few beers, invited his friends to participate in the Y Combinator startup program.

At the accelerator, Ohanian and Huffman came up with an SMS food ordering app, but Graham didn’t like the idea. Then, after a brainstorming session, they decided to create a “web homepage”.

This is how the first version of Reddit appeared. Written in Lisp, the service was a primitive link aggregator that was rated by users. The students created the first dozens of discussions themselves – so that the network seemed active. 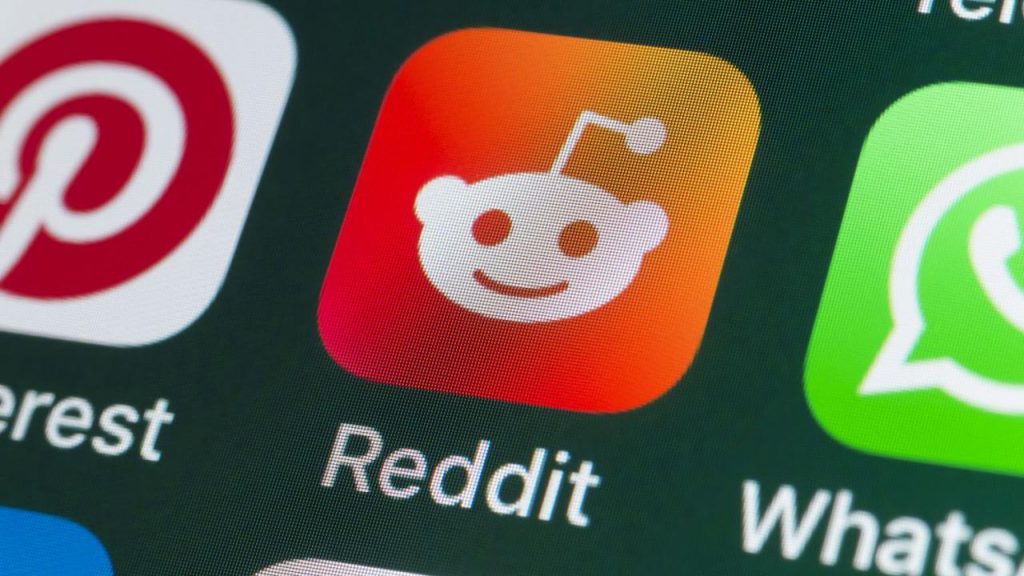 Soon, on the advice of Graham, programmer Aaron Schwartz, one of the participants in Y Combinator, joined them. He translated the site from Lisp to Python and, writing about it in a blog, provoked an influx of traffic: “It turned out that there is nothing worse than offended Lisp fans.”

After switching to Python, the site’s audience has grown many times – up to a million users per month. Reddit grew steadily, but did not bring money: the founders helped out a couple of dollars a month.

We didn’t know how to make money. We were selling T-shirts and wasting our little proceeds on a new batch.

Then they decided to sell advertising space, for which they signed a contract with a large advertising agency, but they never received offers.

The friends even thought of licensing their engine so that users could create websites based on it, but there were no volunteers.

A year after the launch, they decided to give up ownership and sell the project to Condé Nast for $10-20 million. After a while, it transferred control to the Advance Networks media holding, and in 2011 Reddit became independent.

In 2014, after several personnel changes, the creators returned to Reddit – everyone except Schwartz: he committed suicide in 2013. Ohanyan became the chairman of the board of directors, and Huffman became the CEO.

According to The Generalist, Reddit’s “culture forge” and “bastion for self-expression” is one of the most undervalued companies: in the winter of 2021, it raised $250 million in investments and raised its valuation to $6 billion. For comparison, Clubhouse is valued at $1 billion a year after launch Dispo Social Network Beta – $100M

Their value could have been higher, since Reddit’s revenue figures were outdated at the time of calculation, the newspaper writes. In addition, in the next two years, the company actively developed and sold advertising: in the fourth quarter of 2020, revenue from it grew by 90% year on year.

Another reason for the underestimated, according to The Generalist, assessment is outdated views on the product and the “anonymity” of its users. Previously, registration did not require an email address, which means that the company knew little about the audience and could not set up advertising.

However, mail has long been mandatory, and the interests of the user reflect his subscriptions: participation in the Bitcoin subreddit indicates a passion for cryptocurrency, and a subscription to r/entrepreneurship indicates an interest in finance.

Despite the fact that the outdated design of the network is more like Craigslist than TikTok, it is about to change, the publication believes. According to Huffman, the main strategy of the service will remain the same, but the company intends to expand the audience and functionality, as well as invest in cryptocurrency.

In 2017, the network allowed embedding videos in publications, and in 2019 it introduced the Reddit Public Access Network (RPAN) streaming service: now users can broadcast, and subscribers can “donate”.

Reddit launched streaming and opened a subreddit with rules that banned sexual content and opposed any manifestations of cruelty, violence, and hate speech
According to The Generalist, RPAN is interesting for two reasons. Firstly, the user does not have to search for the broadcast himself: videos are displayed in the feed automatically and dilute the text.

Secondly, this is how Reddit encourages the monetization of content, since on broadcasts, users spend the most internal currency, which can be bought for real money.

To add video creation tools, the company also bought the Dubsmash platform. The details of the deal were not disclosed, but in this way the network will expand not only functionality, but also the audience, the publication believes: the Reddit audience is predominantly male, while in Dubsmash 70% of users are women.

The company also has problems with geographic audience diversity. Now more than 50% of the 430 million users are Americans. They are closely followed by Australia with 17.5 million users and India with 13.5 million.

To that, according to the edition, there are two reasons. The first is the predominance of text in the social network. The reason for TikTok’s success is simple: a funny video in one country often turns out to be funny in another, and music only adds to its appeal. At the same time, most of the publications on Reddit are text in English, which not everyone knows.

The second reason is the limited choice. On Twitter, the user subscribes to “personalities”, from whose thoughts and preferences his feed is formed: it is easy to adjust it to interests and skills, including language. In Reddit, the user more often joins a community, the fascination and informativeness of which depends on the number of participants.

For example, a history lover from India will have to search for a community not only by topic and language, but also by the number of participants: there should be more than one, and preferably more than fifty. Of course, he can translate the active English subreddit r/history into Urdu, but this will worsen the user experience and take time.

The number of monthly active users of Reddit: the most active site is visited by Americans, and the least by residents of Germany and China

Now the company is expanding and looking for employees in France and Germany. The population of both countries is solvent and speaks English, which will speed up familiarity with the service and help maintain or even increase average revenue per user.

Both markets are relatively small – 4 million and 1 million users respectively, according to The Generalist, but entering them will increase the volume of content in French and German, and will also help to expand to Spain and Portugal.

German and French are spoken by approximately 150 million, while Spanish and Portuguese are spoken by 701 million. By gaining the attention of these two communities, the network will also be able to reach the markets of Brazil, Mexico, Argentina and Colombia.

Reddit has released unique tokens on the Ethereum network for two subreddits: r/CryptoCurrency and r/FortniteBR. You can get them for participating in discussions and creating content, and spend them on special badges or GIF animations. Users with the most tokens also have more voting power.

The idea is not new, since Reddit has had a reward system for a long time, but this is the next step towards creating an internal economy.

For publications and comments, users receive ERC-20 tokens: Moon in the cryptocurrency subreddit, and Bricks in r/FortniteBR The Generalist

Former CEO Yishan Wong believed that in the context of social media, Reddit is “more about information than personality,” and Huffman intends to rethink this concept. However, for this

anii will have to improve the product itself, which has received little attention, the publication believes.

The Generalist offers the service several new ideas that, in his opinion, will help to attract an audience and increase the rating of the service.

On the main page, the user encounters a list of publications. To view any of them, you need to click to see the comments – one more. And to go to the next message, you have to go back and repeat these steps again.

According to the publication, Reddit should learn from Imgur: there, by clicking on the image, the user sees both the publication and the comments to it, and you can switch between photos using the arrows.

The Imgur audience also pays more attention to advertising integrations: the service presents them as regular posts, so the user views them in a stream, and does not instantly scroll like a banner.